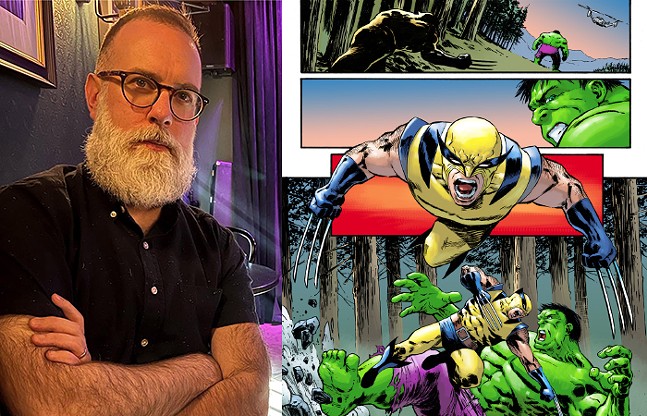 Dave Wachter admits he’s not very good at showing off. His wife was the first to notice that Marvel Comics was touting an artist portfolio review at an upcoming convention and pushed him to do so.

“Why not? We’re going to be there. It wouldn’t be too hard to print out the portfolio and bring it in there for them to look at,” his wife told him, according to Wachter. “And I’m like, ‘Okay, okay. “Probably. I think I’ll do that.”

It paid off. Pittsburgh-based artist best known for many years of involvement with IDW Publishing. Teenage Mutant Ninja Turtles comic book series, was hired as a freelance artist for Marvel, and it turned out that the rep who reviewed his work already knew and enjoyed his art. “He said, ‘Thank you to my wife for me,’” Wachter says.

From the six-episode mini-series Iron First: Dragonheartwhich started in January 2021. Spiderman 2099 Exodus #1, released just two weeks ago, Wachter has been illustrating Marvel comics regularly for over a year, and he still has a lot of work ahead of him. Just announced June 1st, Wachter will be doing art for Jody Houser. Ms. Marvel and Venom #1which will be released on September 14th.

Wachter, a Forest Hills resident, has been drawing comics for over a decade. Prior to his work on Marvel, he also illustrated webcomics. Shadow Valley Cannons; mini series Cataclysm Godzilla; Bone Breath: Tale of the Golem; and many issues of the ongoing Teenage Mutant Ninja Turtles series.

Iron Fist: Dragon Heart, written by writer Larry Hama, the most famous G.I. Jo comic writer in the early 80s, is a gripping and action-packed story that includes zombies, dragons, a field trip to Wakanda, the setting of the Black Panther stories, and more. The fast-paced and detailed graphics of the Watchman transitioned perfectly from TMNT to Iron Fist, making it almost perfect for Watchter’s first project for Marvel.

“It was actually quite easy to go from martial arts to martial arts,” Wachter says. “I think playing Teenage Mutant Ninja Turtles was good practice for working on Iron Fist.

In this series, and in all subsequent Marvel series, Wachter drew both in pencil and ink for the illustrations, which is unusual for mainstream comics. People like Carlos Lopez, Giada Marchisio and Neeraj Menon then provided colors for his Marvel artwork. He drew all the pencils and most of the ink digitally, sometimes drawing especially cool pages physically to sell original art to fans.

He also did the cover art for the July 2021 single. Aliens: Aftermath #1, written by Benjamin Percy; mini series Star Wars: The High Republic – Trail of Shadows, which ran from October 2021 to February 2022, by Daniel Alder; last Spiderman 2099 Exodus #1written by Steve Orlando, and upcoming releases X-Men Legends #1 as well as #2coming out in August and September respectively, and written by the legendary Roy Thomas.

Wachter says he enjoyed working on X-Men Legends because of the iconic characters he had to draw. 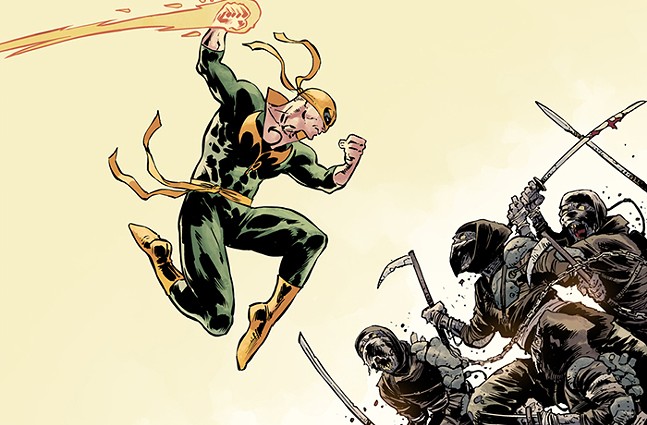 A collection of illustrations for comics by Dave Wachter.

“I’m drawing Wolverine fighting the Hulk, which is like a 9-year-old Dave’s dream come true,” he says.

Hama and Thomas, former editor-in-chief of Marvel Comics and co-creator of characters such as Wolverine, Luke Cage, and Carol Danvers, are longtime comic book veterans, while Percy and Orlando are well-known contemporary comic book authors and Alder is a popular novelist. , new to comics.

Thomas and Hama wrote for Wachter in “The Marvel Method”, a style attributed to Stan Lee in which writers typically outline the story without delineating specific panels and visual perspectives, and later add dialogue. Percy, Orlando, and Alder, on the other hand, opted for a modern “full screenplay” style, something more detailed and specific, according to Wachter. He says he really enjoyed working with the writers and especially enjoyed using the Marvel method.

“I love a little creative freedom and a little extra creative input that I can add to that, where I’m basically not only an artist but also a carpenter,” Wachter says.

The watchman is not yet done with Marvel and says he is enjoying the experience so far. His favorite moment of his Marvel journey came last December at a convention in Chicago, where Hama sat behind a booth signing comics for fans. Wachter and Khama worked remotely together on Iron Fist, a common practice in mainstream comics, so they never met in person. And since childhood, Vakhter loved Hama’s comics.

“I was able to walk up to the table and say, ‘Hi, could you please sign this. Iron Fist Issue #1 the form? Because I drew it,” says Wachter. “And then we talked for 15 minutes in a row, just standing at the table, both in masks, just yapping, yapping, yapping.”