Home » Egypt Min. The Department of Tourism and Antiquities will soon announce a new archaeological discovery in Saqqara 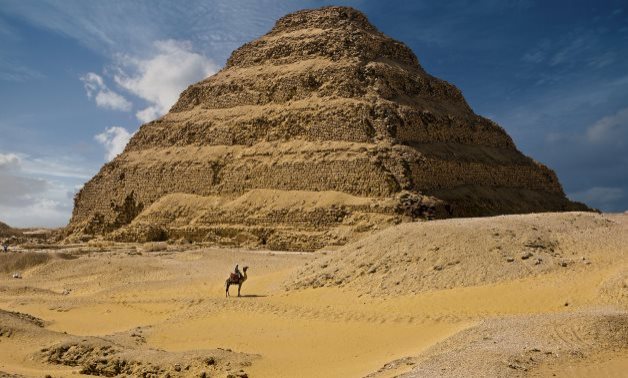 CAIRO, May 29, 2022: In the next few days, the Ministry of Tourism and Antiquities will announce a new archaeological discovery in the Saqqara Antiquities Area.

This is a well with many clay pots and coffins and is in very good condition. The well was discovered by an Egyptian archaeological mission.

On March 19, 2022, excavations by the Egyptian Archaeological Mission operating in the area northwest of King Merenre’s Pyramid at Saqqara unearthed five tombs with inscriptions from the Old Kingdom and the First Intermediate Period, containing many burials and archaeological finds. finds. 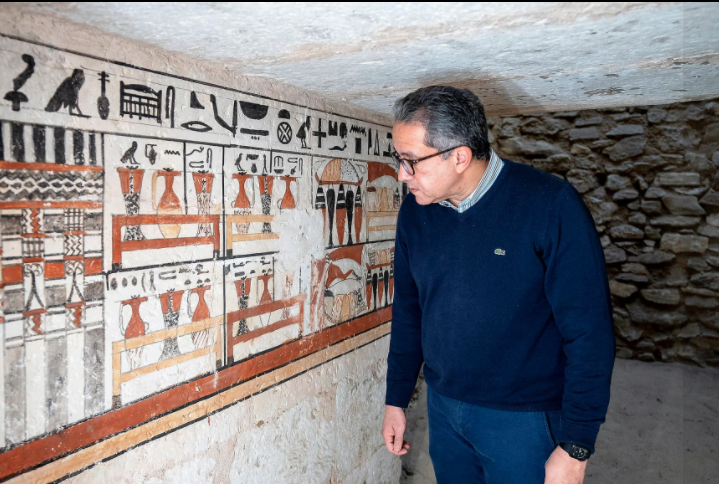 Enani in one of the tombs discovered in the Egyptian Saqqara in March 2022 – Min. tourism and antiquities

The Secretary-General of the Supreme Council of Antiquities, Mostafa Waziri, explained that the first tomb discovered belongs to a man who is considered a high-ranking statesman. It consists of a well that leads to a burial chamber, the walls of which are carved with scenes of many burial rituals, including offering tables, a palace façade, and seven pots of oil. The well contains a huge limestone sarcophagus and carvings belonging to the owner of the tomb, which the mission is currently working on assembling.

As for the second tomb, it most likely belongs to the wife of a man named “Yart” due to its proximity to his grave. It consists of a rectangular well.

The third cemetery belongs to a person who has held several positions, including caretaker of a large house, singing priest and house cleaner, and the fourth grave is a rectangular well located about 6 meters below the surface of the earth. land and belongs to a woman who held the titles of decorator of kings and queens and priestess of the goddess Hathor. 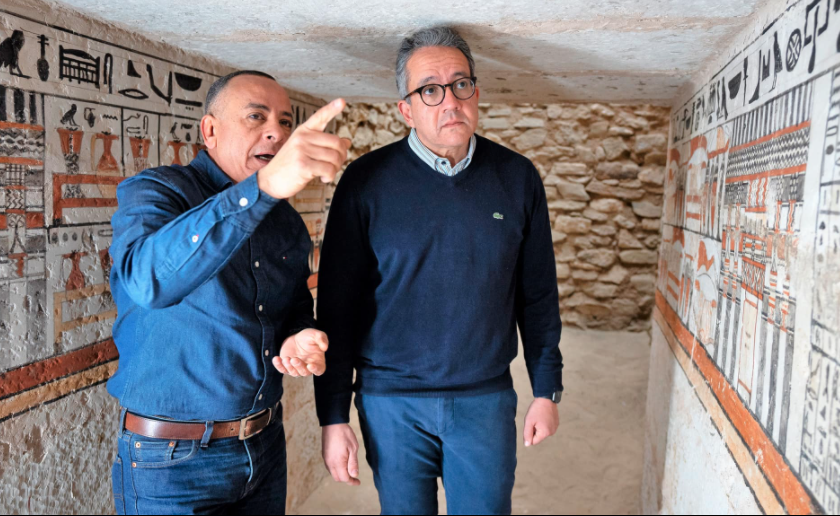 Enani and Waziri in one of the tombs discovered in the Egyptian Saqqara in March 2022 – Min. tourism and antiquities

It is worth noting that the Egyptian Archaeological Mission has announced a number of important archaeological discoveries in the Saqqara archaeological area in recent years, including the discovery of hundreds of colorful human coffins…