In other areas of entertainment, events and arts:

Beth Brickell, the Arkansas-born writer and filmmaker now based in Los Angeles, will be visiting Camden for “Weekend Maud Crawford” Friday-June 5th.

Brickell has been investigating the Crawford case for over three decades. Crawford was a prominent Camden lawyer and social activist who disappeared on March 2, 1957. Brickell will sign copies of Maud Crawford’s Solving the Mystery, the latest of her four books on the case, from 10:00 am to 5:00 pm Friday at Real Estate Pro. , 230 Cash Road, “around the corner from Woods Place,” according to the event’s flyer. She will also give a talk Saturday at 2:00 pm at the University of Southern Arkansas, 6286 Coleman Road, East Camden. And she’ll be there to guide visitors through Crawford’s last night when Laura and DeWayne Gordon open the Crawford House, 430 Clifton St., for a tour of the ground floor, from 1pm to 5pm on June 5th. Entrance costs $10.

Brickell’s visit to Camden is part of a tour that includes talks in seven Arkansas cities from Thursday to June 10 – Pine Bluff, Fort Smith, Fayetteville, Camden, Conway, Little Rock and Hot Springs – to solve the mystery of Maud Crawford. “All that’s left unfinished is to dig up Miss Maude’s remains and bury them next to her husband in Camden Cemetery,” she said in a press release.

Crawford was a partner in the law firm of John McClellan before he was elected to the US Senate in 1942. Her disappearance from the house on a cold, rainy and foggy Saturday night occurred while McClellan was leading a Senate hearing on organized crime, but no evidence of Mafia involvement has ever surfaced. The initial police investigation turned up no body, no evidence, no trace, no motive.

Brickell began investigating the cold case in 1985 with the intention of writing a screenplay for the film; her 16-month investigation led to a multi-part investigative series on the front pages of the Arkansas Gazette over a five-month period in 1986.

A savvy, imaginative teenager embarks on an unexpected journey with his carefree mother from Philadelphia to Los Angeles in a musical. “Missing You Like Hell” (music and lyrics by Erin McKeown; book and lyrics by Chiara Alegria Hughes, Pulitzer Prize and Tony Award winner, co-author of “In the Heights”), opening Tuesday at the Limited Capacity Spring Theater at TheatreSquared, 477 W. Spring Street, Fayetteville. McKeown will be attending a special pre-show happy hour concert at 6:00 pm on Thursday. The show runs from 19:30 from Tuesday to Friday, from 14:00 to 19:30 on Saturdays and from 14:00 from Sunday to 10 July. Tickets cost between $20 and $54; call (479) 777-7477 or visit theater2.org. 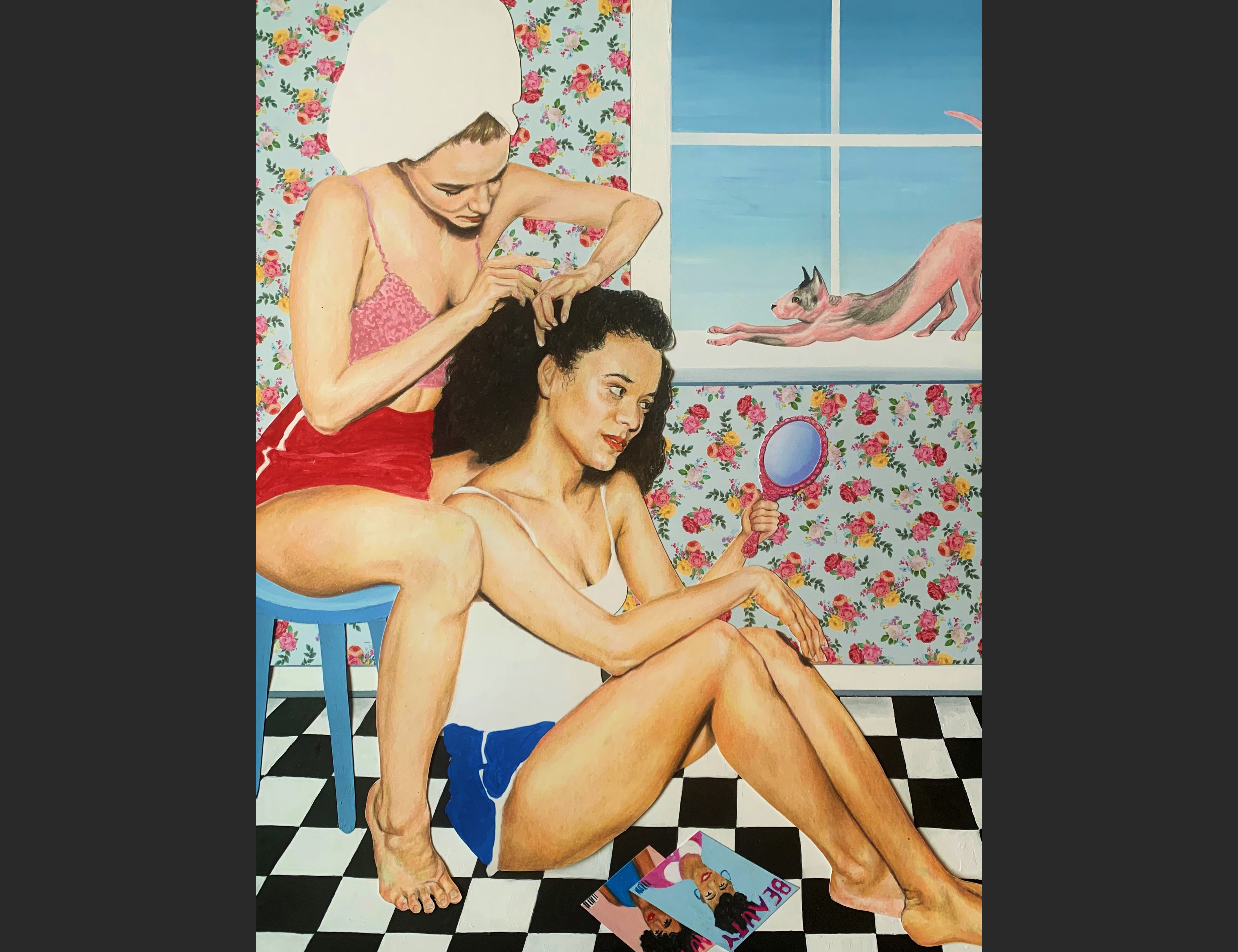 Rachel Trusty’s “Alex, Anna and Joe” is part of “Queer,” opening Thursday and on display through July 30 at the Fenix ​​Gallery in Fayetteville. (Special for “Democratic Newspaper”)
Exhibition in Fayetteville

“Queer” an exhibition of mid-south LGBT art work with a performance aspect opens with a reception on Thursday from 5:00 pm to 8:00 pm at the Fenix ​​Gallery at Mt Sequoyah Center, 150 N. Skyline Drive, Fayetteville. The Artists’ Discussion Panel will take place on Friday from 18:00 to 20:00. The exhibition, juried by Brad Cushman, former director of the art gallery at the University of Arkansas at Little Rock and exhibition curator, will run from 1:00 pm to 5:00 pm Wednesday through Friday, and from 12:00 pm to 6:00 pm on Saturdays until 30 July. is free. Visit fenixarts.org.

June 15 is the first of two application deadlines for community non-profit groups and other organizations. Arkansas Heritage Grants, which, according to the press release, are “designed to promote awareness and enjoyment of Arkansas heritage; empowering non-profit community groups to create heritage programs, especially in places where they would not otherwise take place; promote cooperation. the efforts of organizations, businesses, and government to increase the scale and scope of events, and to create permanent components of existing heritage-related celebrations.” The maximum amount is $5,000; the money should go to the proposed program, not to operating costs or infrastructure. For more information on grant criteria, visit arkansasheritage.com or email debra.fithen@arkansas.gov.