Home » A weekend in Bordeaux to celebrate wine!

From June 16, the Gironde metropolis will showcase its vineyards during “Bordeaux Wine Week” and present the 12th edition of “Bordeaux Celebrates Wine!” from 23 to 26 June. The event, which celebrates the winegrowers and wines of the region, was canceled in 2020 to be revived in a more discreet format in 2021. This year it promises to be festive and environmentally responsible, taking on the scale that this biennial event deserves. . An opportunity to spend 48 hours in Bordeaux, discovering the wines of the Grand Crus and meeting the 1200 growers who have discovered the city in return. 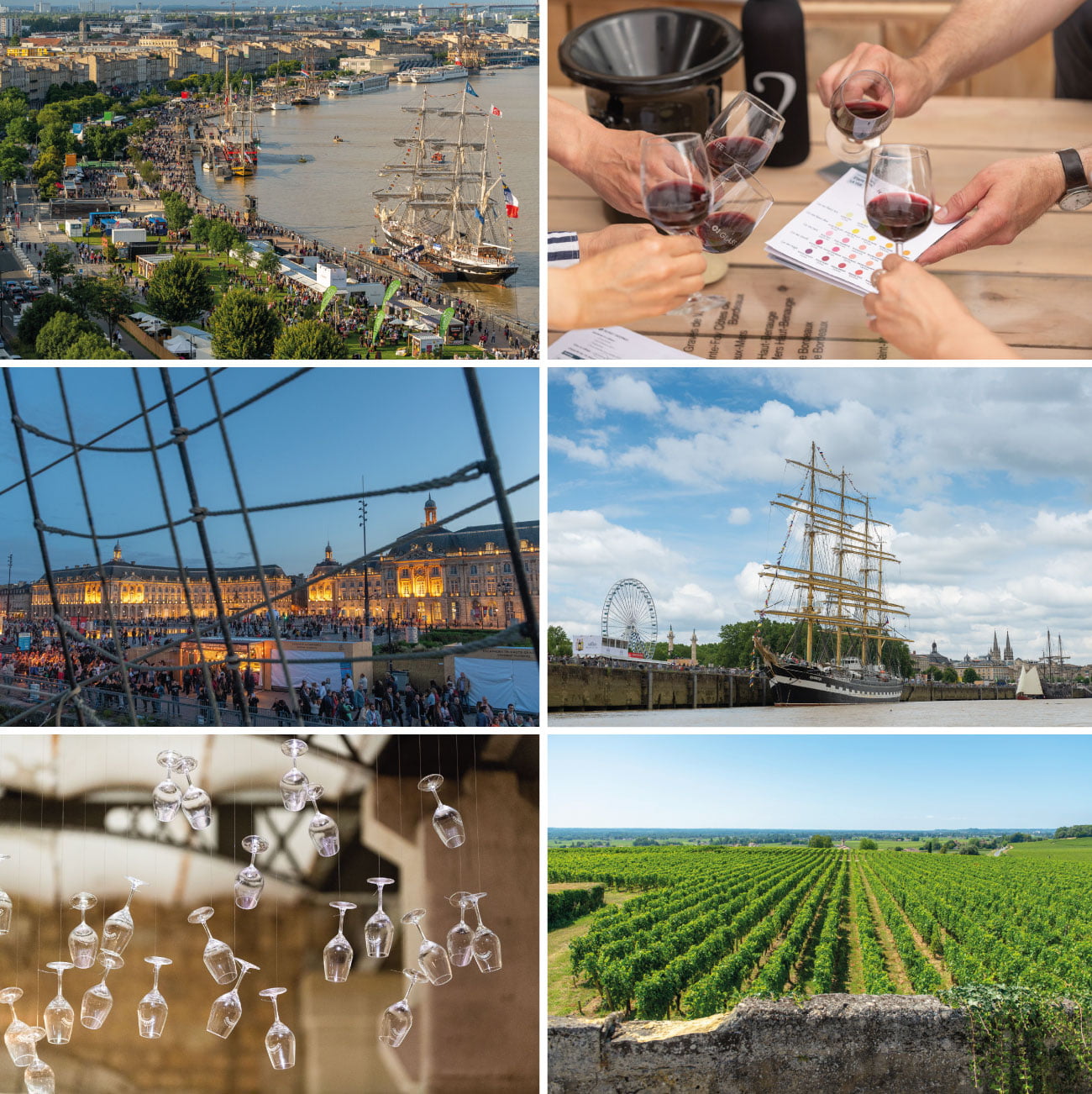 Wine Festival and its many events

Graves, Sauternes, Saint-Emilion, Pomerols, Fronsac, Blaye, Bourg, as well as Entre Deux Mers, Médoc and its Route des Châteaux, which lists many big names such as Margaux, Pauillac, Saint-Julien, Saint-Estèphe, so many prestigious vineyards make up the Bordeaux wine panorama.
As part of Bordeaux Wine Week, which starts on June 16 in the city’s restaurants and cellars with special menus and tastings from around sixty restaurateurs, the 2022 edition will run for four days, from June 23 to 26. vineyards of Bordeaux and New Aquitaine on the banks of the Garonne. It will also mark its terroir with some twenty pavilions dedicated to gastronomy and delicacies, favoring short circuits and other modes of consumption. Concert halls and shows will offer a mixture of music and wine in the spirit of the gengett. “This year it’s a new concept. We’re going to have ten days of wine-related activity in Bordeaux. It’s extraordinary! We will reach both the general public and the more enlightened amateurs, professionals. We will support meetings to promote the evolution and development of our vineyard.” – admits Bridget Bloch, President of the Tourist Office of Bordeaux, municipal councilor responsible, among other things, for tourism.
What to discover 80 appellations represented and 1200 present winemakers and merchants who work with an ecological, environmentally responsible and festive approach, such as Pauline Lapierre, part of the younger generation of winemakers who took over the Château Haut Rian family estate in 2017 after training at HEC and full organic conversion. “I am tied to my land,” says Polina.